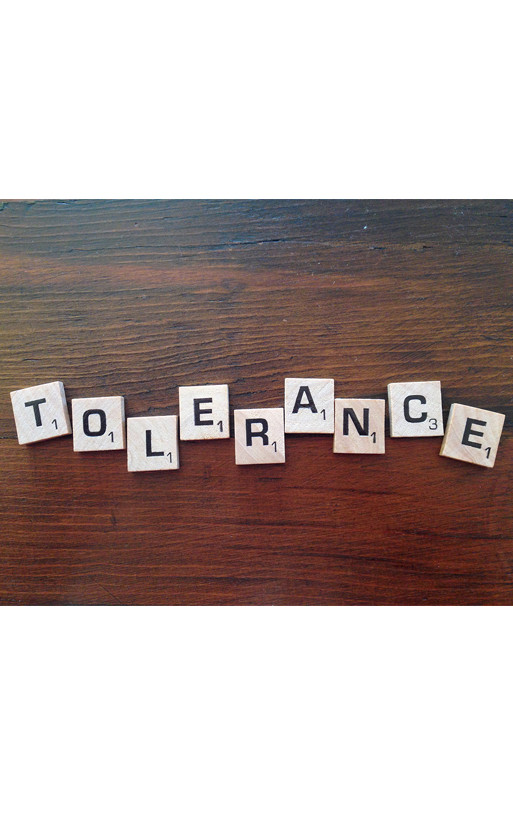 My experience has been that the word tolerance is often misunderstood and misconstrued to fit whatever filter we use to see life. The most basic definition of the word tolerate is to allow the existence, occurrence, or practice of something (that one does not necessarily agree with) without making a move to stop it or interfere with it.

The word itself is neither positive nor negative. Nor does it have explicit areas of application. Many people would agree that there are certain behaviors that most certainly should NOT be tolerated: abuse, injustice, selfishness, crime, etc. Other activities are more polarizing, including certain religious or political ideas.

My disagreement with a behavior or attitude, however, does not necessarily point to or imply hatred, small-mindedness, or bigotry, as was asserted in an interview I heard on the radio recently. When asked if, during the course of a conversation, one person expresses an opinion that differs from his, would that be a sign of hatred, the man being interviewed stated that it would imply hatred.

How does that work, exactly?

?Not my favorite color or style for you.?

It seems to me that the clarion call of tolerance is to let people live their lives as they wish. You do you. I?ll do me. And yet we cry ?Foul!? when someone expresses a contradictory opinion, claiming that we are offended. That?s not intolerance. That?s robust dialog.

Intolerance would be me ripping your new dress off your body and tearing it to shreds so that you couldn?t wear it because I don?t like it.

What if we were intentional about using a different filter for the word tolerance, allowing people to disagree and push back with differing opinions, without feeling threatened or becoming angry? Is it possible?