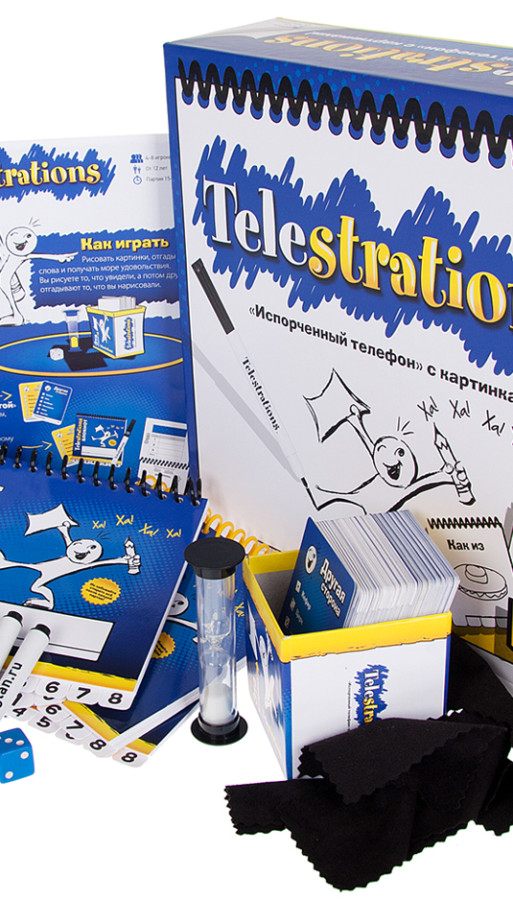 Telestrations isn?t a real word, don?t worry. It?s a game by USAopoly that combines Pictionary with that old game of ear whispering called ?Telephone?. (http://www.amazon.com/Telestrations-Telephone-Game-Sketched-Out/dp/B001SN8GF4) Do you remember playing that as a kid? A group would sit in a circle and one person would whisper a short phrase or sentence into his neighbor?s ear. The neighbor, after hearing it only once, would then pass it along to the next person. This would continue until the message stopped at the original message creator, who would hear with great hilarity what his message had become along the way.

Telestrations, along with its foundational elements, Pictionary and Telephone, is really a game about the discrepancy between intent and perception. Telestrations has you pick a word and draw a picture of it. The next person looks at the picture and writes the word he thinks you drew. The following player looks at the word and draws a picture. And so on and so on?By the end of the round, the perception of each player has dramatically altered the original intent of the 1st player.

Hilarious in parlor games, but in serious communication? Not so much.

Good communication dictates that the one giving a message has the onus of conveying his message as clearly as possible, taking into consideration common filters of his listeners. But in some situations, the listener may not hear what the speaker intended. This is why relationship and context are so important to communication. When this happens in significant relationships, the best we can do is ask clarifying questions and give the benefit of the doubt. My favorite phrase is, ?I?m sorry that?s what you heard. That wasn?t my intent.? I feel it goes a long way toward letting another person hear your heart. When there?s a gap between intent and perception, grace and clarification can clear up a lot of misunderstandings.

And isn?t that why we communicate in the first place?