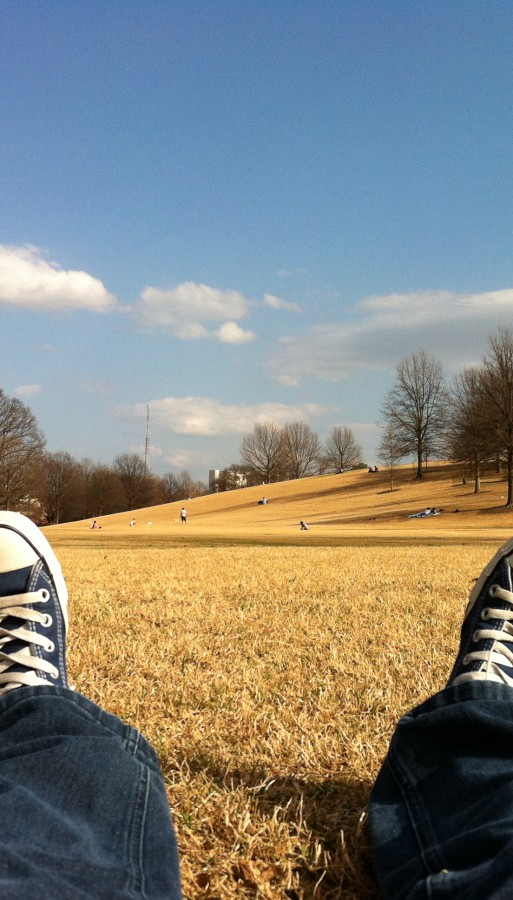 The other day I was walking my customary loop through the neighborhood and decided to take a street I?d not walked on before so I could see where it led. I have a curious friend who follows roads untraveled all the time just to see where they go, but I?m not that interesting or adventurous. But this once, I decided to indulge my curiosity.

The street ended in a cul-de-sac, which revealed a paved trail. I was committed, so forward I strode. A play structure around the bend, and then, what? The end of the street I would have ended on if I?d continued my traditional loop! I?d discovered a ?mini loop? inside my ordinary pattern! How serendipitous!

On my way back to my starting point, I realized that I was walking the first half of my habitual circle backwards. How strange everything seemed. Was this hill really so steep when I was walking downhill? Were there really only houses on one side of the street? And the wooded trail where I begin my walk each time seemed unfamiliar and a little scary, I?m not going to lie.

Whereas I had stopped seeing the trail and would be consumed most days with my thoughts, today I noticed details that had previously escaped me. A different perspective opened my eyes to new things.

Could this be true in other areas of my life? Am I missing out on knowledge, beauty, or growth because I?m so used to my routine? I?m determined to find new perspective in as many things as I can in this season of life. I?ll walk the loop backwards. I?ll grocery shop from right to left instead of left to right. By golly, I?ll sit in a different seat at church! Gasp!

Let?s shake things up! What routine activities can you engage differently to find new perspective?