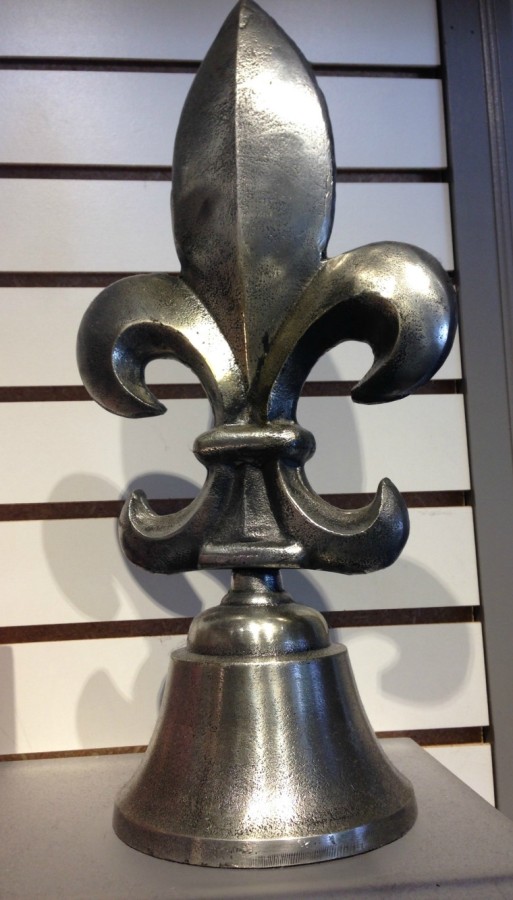 A fleur-de-lis (or fleur-de-lys) has long been recognized as a symbol of French royalty and has appeared for centuries on coats of arms in European cities. It is a widely varying and stylized version of a common lily or iris. The fleur-de-lis? symbolic origins with French monarchs may stem from the baptismal lily used in the crowning of King Clovis I, symbolizing purity. According to French historian Georges Duby, the three petals represent the medieval social classes: those who worked, those who fought, and those who prayed.

The fleur-de-lis is a great example of an enduring symbol that represents many things to many people in many cultures. And it has evolved from coats of arms to home décor. I have a metal one serving as a bookend, and I?ve seen decorative versions from lamp finials to pillows and napkin rings.

What?s in a symbol like a fleur-de-lis? Do we buy the pillow as a symbol of French royalty? Do we place an oil-rubbed bronze finial on a lamp to represent purity? Of course not. We like the shape and we have delusions of ?Frenchifying? our home.

Christians wear crosses around their necks as a symbol of faith even though the cross was used as a means of execution in the 1st century A. D.

We draw and display hearts on Valentine?s Day although the shape we use bears no resemblance to the organ in our bodies, which has little to do with the emotion of love.

A swastika symbol strikes fear and anger into the hearts of those who have suffered under what it?s come to represent, even though until the 1930s, the swastika?s original meaning was as a sacred and auspicious symbol in Hinduism, Buddhism, and Jainism.

Many times a symbol evolves to mean something very different than its original intent. What will happen to current logos in decades to come? Will future generations gaze with awe at a Nike swish or a Mac apple? Will our businesses and relationships leave some sort of legacy? Ultimately, we have very little control over interpretations of our symbols, words, or actions after we leave this planet. But could we be more intentional about the legacy we?re trying to leave by having a consistent presence in the lives of people we live and work with?

What symbols are significant to you? How could you incorporate them in an intentional life?