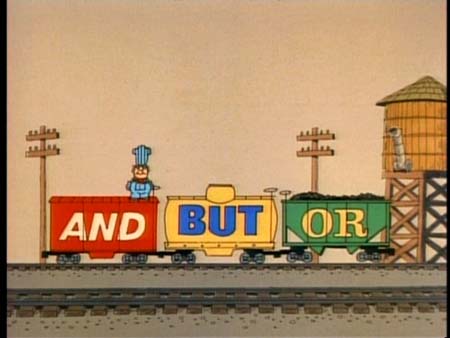 Does anyone remember the old Schoolhouse Rock song, ?Conjunction Junction, what?s your function? Hooking up words and phrases and clauses??? Perhaps my favorite in the series. In fact, why not take a 3-minute break from whatever it is you?re doing and watch it here:

Conjunction Junction, how?s that function? I got three favorite cars that get most of my job done. And, but, and or? they?ll get you pretty far.

And is the conjunction that adds things to a list, while or requires one to make a choice between 2 things. But suggests a contrast between what has been said and what?s coming next.

One of the most important differences I?ve seen in communicating has been by making the smallest change in conjunctions?eliminating the word but from certain conversations. You?ve heard things like: ?You?re a valuable member of this team, but you?ve been late a lot and that?s affecting the rest of us.? Most of us will quickly be conditioned to ignore anything positive that comes before the but once we hear it. It feels like a set-up. Manipulative. Like we have to say something nice before the punch. Susan Scott, in her book Fierce Conversations, suggests using and instead of but: ?You?re a valuable member of this team, and you?ve been late a lot so that?s affecting the rest of us.? Both are true. Saying and holds them in a tension that allows them both to be true, without one overshadowing the other.

I remember a very emotional situation with a dear friend years ago, after some circumstances that had caused a lot of pain and change.  I wrote a letter saying, ?I love you and I?m very angry with you.? One didn?t negate the other and we had to navigate the combination of emotions.

See if you can replace but with and this week in conversations. Report back and let me know how it went!